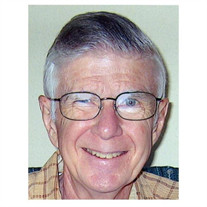 Richard “Dick” W. Ikenberry, age 84, of Kearney, passed away Thursday, August 5, 2021, at his home. Funeral services will be on Monday, August 9, 2021 at 10:30 a.m. at First Baptist Church in Kearney. Pastor Jay Vonesh will officiate. Private burial will be at Kearney Cemetery. Visitation will be on Sunday, August 8, 2021 from 5:00 p.m. – 7:00 p.m. at Horner Lieske McBride & Kuhl Funeral and Cremation Services in Kearney. Memorials are suggested to the Navigators Ministry or the Hines Ugandan Ministry. Please visit www.hlmkfuneral.com to leave a tribute or message of condolence. Horner Lieske McBride and Kuhl Funeral and Cremation Services in Kearney are in charge of arrangements. Richard W. Ikenberry (known as “Rich” to family and “Dick” to friends) was born on June 17, 1937 in Des Moines, IA to Bill and Ruth (Betts) Ikenberry. He grew up in Des Moines and graduated as valedictorian from Des Moines Technical High School in June of 1955. He attended Iowa State University where he graduated with a B.S. in botany in 1960 and a Ph.D. in plant pathology in 1964. He was employed as a graduate assistant and an Instructor in the Department of Botany and Plant Pathology at Iowa State University in 1960-65. He moved to Kearney and began serving on the faculty of Kearney State College (later the University of Nebraska at Kearney) in the fall of 1965, teaching botany, general biology, plant biology and microbiology. He received special recognitions from several student organizations including Student Senate and Campus Activities Council during his 34 years on the faculty, and he retired in May, 1999. He received Jesus Christ as his Savior during his college days, and was active in the Navigators Christian ministry at that time and later at Kearney State College. He worked in the printing shop at the Navigators headquarters, Glen Eyrie, in Colorado Springs during the summer of 1964. He was active in the Evangelical Free Church and First Baptist Church in Kearney where he taught college-student Sunday school classes for several years. His “life verse” was 2 Timothy 1:12b, “…Yet I am not ashamed, because I know Whom I have believed, and am convinced that He is able to guard what I have entrusted to Him for that day.” His interest included railroading, photography, the national parks, the histories of the Oregon Trail and Pony Express, service on the board of Kearney Trolleys and studies in theology. As a biologist, he became greatly interested in the creation-evolution controversy, and studied it intensely for many years. As a result, he abandoned his belief in the validity of biological evolution and became a dedicated creationist, accepting many invitations to speak on the issues before a variety of groups and classes. He is survived by his sister, Jeanne Bricker of Ventura, CA; niece, Julie Vonesh and her husband Jay, and their children, Jessica and her husband David Sechrist and Janae, of Bailey, CO; niece, Janel Kirby, and her children, Amber, Alisha and her husband Osvaldo and son Luke, Tanner, Abigail and Trent of Ventura, CA. Dick was preceded in death by his parents; brother in law, Rex Bricker

The family of Richard "Dick" W. Ikenberry created this Life Tributes page to make it easy to share your memories.

Send flowers to the Ikenberry family.