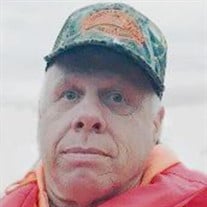 Richard ‘Dick’ L. Mason, age 73 of Colorado Springs, formerly of Kearney, passed away Saturday, June 11, 2022 at Cheyenne Mountain Care Center in Colorado Springs, CO. Funeral services will be 10:30 a.m., Monday, June 20th, 2022 at Horner Lieske McBride & Kuhl Funeral Home with Pastor Lee Arlington officiating. Burial will follow at the Kearney Cemetery. There will be no visitation. To send flowers or a memorial gift to be used to show appreciation to his healthcare providers over the last 3 years please visit www.hlmkfuneral.com. Horner Lieske McBride & Kuhl Funeral and Cremation Services in Kearney is assisting the family with arrangements. Richard was born in Kearney, NE to Albert and Lorraine (Cafferty) Mason on September 26, 1948. He was raised on a farm. He enjoyed doing chores with his siblings and parents. He attended school in Cozad, Nebraska. Richard worked as a dishwasher in different restaurants around Kearney for many years. His passion was mowing lawns for his friends. He enjoyed watching westerns, the Three Stooges, Little House on the Prairie, and American Pickers. Once Richard met you, you better like coffee because he was inviting you to have a cup with him. His home was filled with John Deere tractor replicas and pictures. In Shelton, he gave a big wave and smile as you passed him on his bike or walk. While in Nebraska, Richard lived for the day that the Ryde bus would come to Shelton so he could go visit with his mom for the day. He loved to spoil her with baked goods and gifts. Outings with his friends, Bill, Kevin, and Pat, were held close in his heart. After moving to Colorado, he enjoyed working with Lee in the hay yard, riding in the semi to pick up and deliver hay and meeting all the customers. You know the more people he met, the more coffee he could drink! Many times, he was able to convince Tom to let him drive the farm truck or tractor around the hay yard. “Anyone say fishing!” He was the first one in the pickup. Getting to joke with Alan on his visits to Colorado always brought a smile to his face. Bailee and Jack (the family Labradors) were his daily walking buddies. He stole the hearts of every nurse and doctor that cared for him over the last 3 years. He had nicknames for everyone, even the nurses and doctors! As one friend stated, Richard had a beautiful soul. Heaven is so lucky! Left to cherish his memory are his sister, Margaret Brown and Kori Billings of Phillipsburg, Kansas; brothers, Clarence (Joan) of Sioux City, Iowa; Ronald (Pattie) of Kearney, NE; Gerald of Kearney, NE; brother-in-law, Larry Gellar of Denver, CO; many cousins, nieces and nephews, his extended family, Lee and Susan Adams, Andrea Sample (Asher); Trisha and Jeff Spontanski (Halee, Hayden, Alex, Gunner); Danielle Olson (Lillee, Coewyn, Macklee); Spencer and Maria Adams (Eduardo, Spencer Jr.), Kasey Adams and an abundance of friends. Preceding Richard in death are his parents and sister Susie (Mason) Gellar and brother-in-law Charlie Brown, Uncles Chet Cafferty, Clarence Cafferty, and Claude Cafferty.

The family of Richard 'Dick' L. Mason created this Life Tributes page to make it easy to share your memories.

Send flowers to the Mason family.