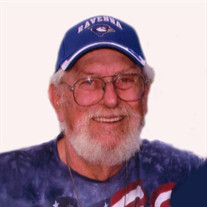 Robert “Jake” C. Jacobsen, 82, of Kearney, formerly of Broken Bow, died on Monday, April 2, 2018 at Good Samaritan Society – St. John’s in Kearney. Memorial services will be on Thursday, April 5, 2018 at 2:00 p.m. at the First Baptist Church in Mason City, NE. Pastor Seth Behrens will officiate and burial will be later. Visitation with family will be on Wednesday, April 4, 2018 from 5:00 p.m. -7:00 p.m. at the church. Online condolences may be submitted by visiting www.hlmkfuneral.com. Horner Lieske McBride & Kuhl Funeral and Cremation Services in Kearney are in charge of arrangements. Robert was born on February 18, 1936 in Omaha, NE to Wayne A. and Eileen M. (Braden) Jacobsen. He attended Omaha Tech High School and graduated in 1954. He then attended Dana College and also Omaha University. He married Kay I. Petersen on April 8, 1956 in Omaha. Robert and Kay were blessed with four children; Deb, Diane, Tom and Linda. Robert was self-employed as an Electrical Engineer. He was an active member of the Masons, Shriners and also the Broken Bow community. He served 2 terms as the mayor of Broken Bow and also participated in many plays at the Community Theater. Robert was a member of the First Presbyterian Church in Broken Bow and also played the role of Peter at the Methodist Church during Easter for over 27 years. He enjoyed fishing, especially during his annual trip to Minnesota. He especially enjoyed spending time with his children and grandchildren. Surviving relatives include his children and their spouses, Deb and David Wattonville of Omaha, NE, Diane and Gary Krajewski of Ogallala, NE, Tom and RaLynn Jacobsen of Kearney and Linda and Dale Zoerb of Litchfield, NE; 12 Grandchildren; 16 great grandchildren and numerous other extended family and friends. Robert was preceded in death by his parents; wife, Kay in 2015.

The family of Robert "Jake" C. Jacobsen created this Life Tributes page to make it easy to share your memories.

Send flowers to the Jacobsen family.