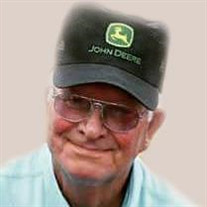 Robert "Bob" Pritchard, 76, of Pleasanton, was received into Heaven on Monday, January 28, 2019 at the University of Nebraska Medical Center in Omaha, Nebraska. Funeral services will be 10:30 am, February 1, 2019 at Grace Lutheran Church in Pleasanton with Pastor Dean Hanson officiating. Burial will follow the service at the Pleasanton Cemetery. Visitation will be from 5:30 to 7:30 pm, January 31, 2019 at Horner Lieske McBride & Kuhl Funeral and Cremation Services in Kearney and one hour prior to the service at the church. In lieu of flowers memorials are suggested to the Grace Lutheran Church or Pleasanton Volunteer Fire Department. Bob was born April 29th, 1942 to Robert Sr. and Helen Olga (Jones). He was baptized at a young age at the Pleasant Valley Church. Bob attended the Pleasant Valley District 57 until the 6th grade, finishing his education at Pleasanton, graduating in 1960. He was united in marriage to Iva J. Hawkins on June 2nd, 1962. They lived the majority of their married lives on the homestead “in the valley”, happily married for 56 years. To this blessed union, 2 sons and 2 daughters were born: Todd, Joni, Scott and Angie. He was never more proud than when he was with his family – kids, grandkids and great grandkids. Bob & Iva made their living farming and ranching. The Pritchard name is more than just a name – it was and is a legacy, a way of life. Bob and Iva passed this along to each one of their kids, and Bob made sure each one of them knew not only how to work hard, but also how to play hard. He was a man of few words, kind heart, contagious smile, and unyielding patience. In his spare time, he enjoyed coyote hunting and any sports that his kids, grandkids, nieces and nephews were involved in. As a matter of fact, he was at a basketball game cheering on his grandson about 6 weeks before his passing. After retiring from farming/ranching, he continued to help his son on the farm and worked at Trotter’s in Pleasanton until recent years. Old farm boys just can’t retire fully. Left to cherish the many memories they made with Bob are his devoted wife Iva; sons Todd and Karen and Scott and Tracy, both of Pleasanton; daughters Joni and Kevin Mayfield, Wood River, and Angie and Tim Baillie, Pleasanton. Bob is also survived by his sisters June and Norman Hand, Delda Johnson, Corene and Errol Phillips, Corliss and Phil Dixon; brother, Brian and Hope Pritchard, all of Pleasanton. Grandkids and great-grandkids left to live the Pritchard legacy are Kyle and Jenna Pritchard and their children Rykan, Sawyer and Waylon, Brady and Heather Pritchard and their children Emma, Jonnie Lou and Baby Boy P (due in March), all of Pleasanton; Ethan and Tori Teter and their child Tucker, Fremont; Trent Pritchard, Pleasanton; Carissa Teter, Hershey; Caleb Pritchard, Amanda Baillie, and fiancé Dakota Fitzgerald, Autumn Pritchard, and Tyler Baillie, also all of Pleasanton; Kelsey, DJ, and Taryn Mayfield of Wood River. Bob will be mourned by many nieces, nephews and friends as well. Bob never knew a stranger. Bob was preceded in death by his parents, sister Carolyn Pritchard, and grandson Blake Teter.

Robert "Bob" Pritchard, 76, of Pleasanton, was received into Heaven on Monday, January 28, 2019 at the University of Nebraska Medical Center in Omaha, Nebraska. Funeral services will be 10:30 am, February 1, 2019 at Grace Lutheran Church in... View Obituary & Service Information

The family of Robert "Bob" Pritchard created this Life Tributes page to make it easy to share your memories.

Robert &quot;Bob&quot; Pritchard, 76, of Pleasanton, was received into...

Send flowers to the Pritchard family.