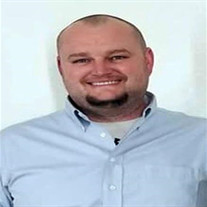 Ryan Heath Gove, 37, of Gibbon, formerly of Kearney, died Saturday, July 27, 2019. Services will be at 1:30 p.m. Monday at First Baptist Church in Kearney. Rev. Dean Pofahl will officiate. Ryan was born Aug. 21, 1981, in Kearney to Randy and Kimberly (Taylor) Gove. Ryan enjoyed working on cars, building his own boat, four-wheeling, fishing, riding his motorcycle, camping with friends and spending time doing all those things with his daughter Delaney. Delaney and her father always had so much fun when they were together. It didn’t matter what they were doing, such as a drive just listening to music, four-wheeling, fishing or just Snapchatting funny faces to each other. Ryan was so loved by his daughter Delaney. Friends were also in abundance for Ryan. He would help anyone day or night no matter what the situation and all his many friends knew this. Ryan was an amazing friend to have and that is why his friends loved him so much. Ryan was a man who worked hard, played hard and loved deeply. Ryan lit up every room he stepped into with his huge smile and sense of humor. Everywhere he went he made a friend and those friendships lasted forever. He was so kindhearted; he would give you the shirt off his back or stop to help no matter what time of the night it was. Ryan lived his life without limits or fear. He lived it to the max and everything he did was full throttle. Ryan will be missed by his true family. The loss is unbearable, he was taken from us much too soon. He was so full of life. His light burned so bright and touched so many people. Ryan was employed by Chief Industries since 2004, currently as a MH supervisor. Ryan loved his work and loved his co-workers. They were a second family to him, and they all loved him the same. Ryan will always be remembered as the friend who was ready to help anyone at a moment’s notice. Ryan will be missed greatly by his Chief family. Ryan was preceded in death by his grandfathers, Kenneth Gove, Walter Treadway and Duane Taylor, and grandmother Dorothy Taylor, and uncle Dennis Gove, all of Kearney; and his beloved dog, Tank. Ryan is survived by his beloved daughter, Delaney Gove of Bellevue; father, Randy Gove of Kearney; mother Kimberly and stepfather Rolland Towne of Kearney; stepfather, Kent Mays of Kearney; sister, Miranda and brother-in-law, Jimmy Moore of Florida; sister, Courtney Bomberger and brother-in-law, Dustin Bomberger of Kearney; brother, Tyler Mays of Kearney; nephew, Payne Moore of Florida; nephew, Noah Davenport; niece, Pheonix Davenport; grandmother, Colleen Gove of Kearney; and many aunts, uncles, cousins and friends. Memorials are suggested to Ryan’s daughter Delaney Gove. A GoFundMe page has been established.

The family of Ryan H. Gove created this Life Tributes page to make it easy to share your memories.

Send flowers to the Gove family.