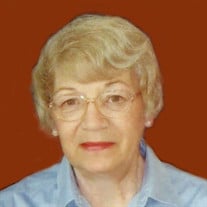 Sally Georgene Yendra, 73, of Axtell, passed away at her home Sunday, August 30, 2020. Funeral Services will be 10:30 a.m., Thursday, September 3, 2020 at Horner Lieske McBride & Kuhl Funeral Home with Pastor Dean Pofahl officiating. Visitation will be Wednesday, September 2, 2020 at the funeral home from 5:00 p.m. to 7:00 p.m. Memorials are suggested to the family to be designated later. Horner Lieske McBride & Kuhl Funeral and Cremation Services in Kearney is in charge of arrangements. Sally was born July 16, 1947 to George and Jeanette Nickel of Kearney, NE. She grew up south of Kearney on a farm with her brother Bill and Mack. She attended school in Kearney K-12 and was active in FFA, home economics and other activities during school. She also loved to dance. She and Leonard met in high school, became friends and soon fell in love. They were married shortly after high school and settled down on a farm east of Kearney where they raised various crops and livestock. Soon a family came, Lorna, Jeff and Rodney. She took great pride in raising, loving and supporting everyone in the family. She worked at J.A Baldwin and Morris Press for a period of time before giving that up to become a grandparent, where she took on watching and teaching the grandkids. She loved each and every one of them with her heart and soul, always encouraging them on with learning and little songs she would make up for each and every one of them. She and Leonard then moved out to the farm south of town on Sally’s dad’s place where they completely remodeled the big “A” frame house on the hill as everyone knew it. She spent her time cooking; she was an excellent cook and was always cooking for special occasions. She loved doing crafts, sewing and collecting antiques, but most of all spending time with everyone, especially her grand kids and any other kids that would come around. She lived her life like we all should, with open arms and lots of love and care. Survivors include her husband, Leonard Yendra of Axtell; two sons, Jeffrey and Rodney Yendra both of Kearney; daughter, Lorna Yendra of Kearney; a brother, William (Molly) Nickel of Kearney; three granddaughters, Morgan and Kylie Yendra both of Kearney and Taylor Stratton also of Kearney; a grandson, Dylan Yendra of Kearney; and two great-granddaughters, Tinnley Thomas and Revalie Klingsporn, both of Kearney. She was preceded in death by her parents; a brother, Mack Nickel; and a half-sister, Sandra Nickel.

The family of Sally G. Yendra created this Life Tributes page to make it easy to share your memories.

Sally Georgene Yendra, 73, of Axtell, passed away at her home...

Send flowers to the Yendra family.